From artwork to animals, shipping weird and wonderful items is what we do best. We count down some of the strangest shipments we’ve sent around the globe.

From entire museum exhibitions to endangered animals, here’s a look at some of the strangest shipments we’ve logged to date.

We started FedEx way back in 1974 to give American customers an alternative to their domestic post office. Fast-forward to today, and we’re global shipping experts – having shipped billions of items since! We treat every package with the utmost care, from the everyday stuff to the unusual and rare. Put it this way: if you can imagine it, we’ve probably moved it – and navigated unusual logistical challenges along the way! 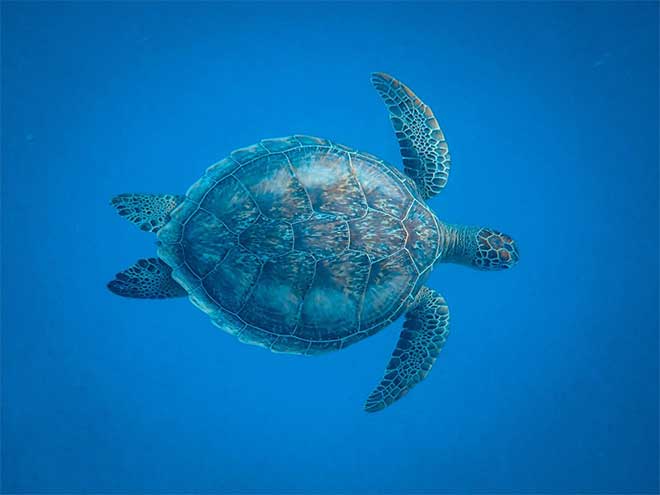 In 2010, we joined forces with the National Fish and Wildlife Foundation to protect endangered sea turtle nests and eggs after they were threatened by a mass oil spill in the Gulf of Mexico. The conservation effort meant donating resources to transport hundreds of nests containing thousands of eggs to Florida’s Atlantic Coast.

With hatching season imminent, we worked with scientists to quickly create a safe and secure transportation solution. To ensure the gentlest care and protection of the turtle nests and eggs, they travelled exclusively in FedEx Custom Critical air-ride, temperature-controlled vehicles. A beautiful species that we were only too happy to help. 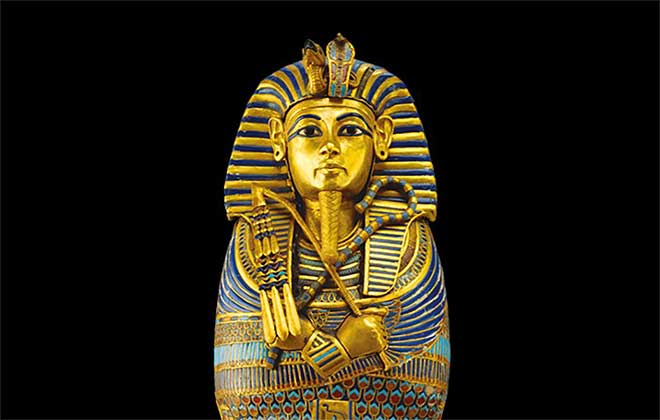 The Ancient Egyptians built vastly intricate tombs to house royal funeral chambers and treasure stores over 3 millennia ago. They’d never have dreamed that historians of the future would be able to transport those artefacts thousands of miles away. As the official logistics provider of a Tutankhamun ‘Treasures of the Golden Pharoah’ exhibition in 2019, FedEx did just that!

Incredibly fragile and sensitive to humidity, temperature, motion and impact, transporting ancient relics is anything but easy. To ensure secure transport, we packed more than 150 exhibition pieces in custom-built crates. The painstaking process was overseen by members of the Egyptian Museum in Cairo, and the crates were fitted with special tilt-sensing recorders. 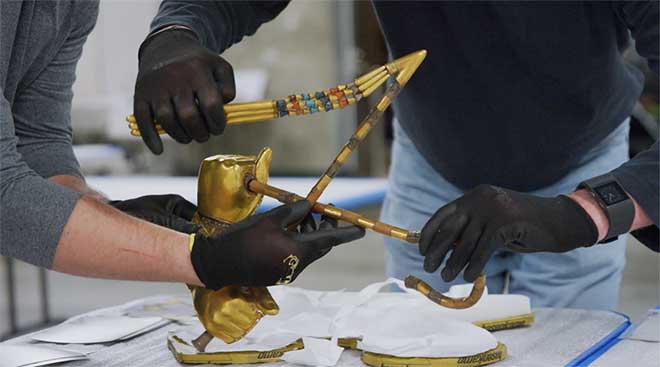 The artefacts were escorted from Los Angeles by their own special security team and a curator from Egypt. Loading 20 crates filled with almost 14,500kg of priceless artefacts onto a specially dedicated plane, we ensured a smooth, temperature-stable journey of 10,000km for some of history’s most valuable treasures. 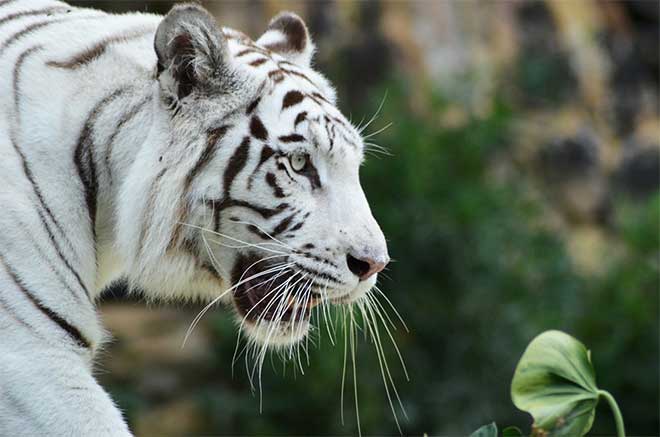 For a white Bengal tiger to be born naturally, both parents must carry the unusual white color gene. As Bengal tigers are already rare, and this phenomenon occurs in only 10,000 births, a white tiger is a truly extraordinary creature.

Back in 2002, FedEx was honored with the duty of transporting not one but six white tigers from Nashville and Oklahoma, U.S. to the capital of Thailand. Under the Species Survival program, special efforts are in place to ensure the longevity of these incredible animals and protect them from the fate of illegal inbreeding.

A special MD-11 jet from Memphis carried the precious cargo, with 6 separate enclosures each housing an animal of around 3,500 lbs, to the final destination in Bangkok. The tigers were accompanied by specially trained vets and zoo attendants who ensured the big cats’ journey was comfortable and smooth. 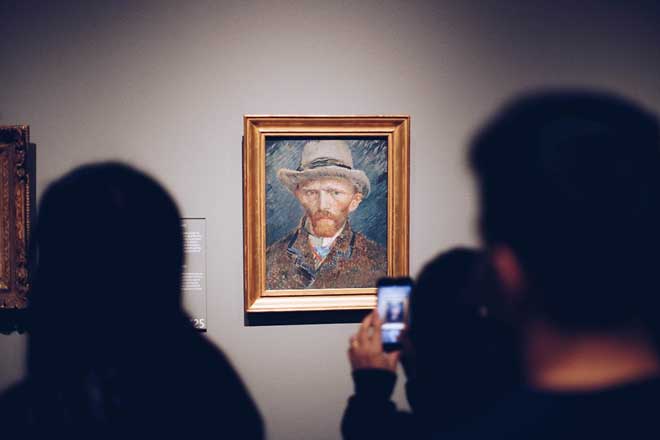 It’s a rare thing indeed to be able to sit at the table of a world-famed genius. Steeped in history, the ‘Van Gogh Table’ was a favoured spot of the artist himself when he boarded at a small Swiss hotel called the Auberge Ravoux, also known as the House of Van Gogh. During his few months’ stay in 1890, Van Gogh painted several important works, including At Eternity’s Gate.

While preparations for a seminal Van Gogh exhibition were underway at the Kunstmuseum Basel in 2009, a nearby hotel decided to transport the world famous Van Gogh Table from the Auberge Ravoux in Auvers-sur-Oise, France, to Basel.

The Grand Hotel Les Trois Rois offered a special ‘Menu Van Gogh’ – and a closer look at the table – with some of the artist’s favourite French dishes to complement the exhibition nearby. FedEx teamed up with the art historians and hoteliers to conduct safe and secure passage for the priceless piece of furniture. 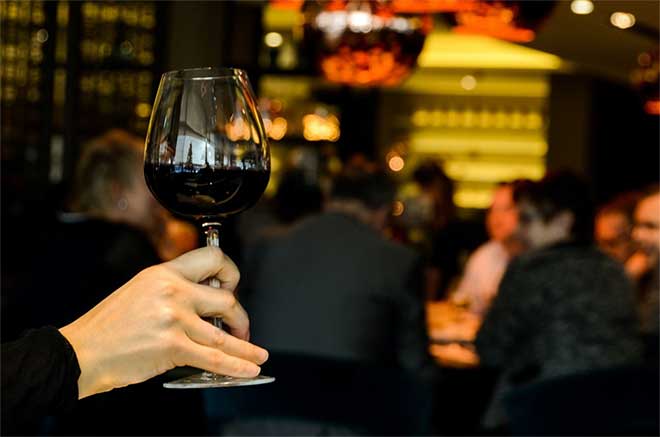 The ‘Beaujolais Nouveau’ festival is a special moment in the world of wine. This wine made from fresh and young Gamay grapes in the French Beaujolais region, is celebrated every November across the world. Affectionately dubbed ‘BoJo’ by those in the industry, Beaujolais Nouveau Day is marked in France on the third Thursday in November with fireworks, music and festivals. Under French law, the wine is released at 12:01 a.m., just weeks after the wine’s grapes have been harvested. Parties held throughout the country and further afield celebrate the first wine of the season.

Japan is a huge market for Beaujolais Nouveau. In November 2004, FedEx took the special wine to the skies, shipping 504,000 bottles of Beaujolais Nouveau wine from Lyon-Saint-Exupery Airport to Japan. As wine is a delicate and potentially volatile product, FedEx needed to ensure that we could transport it at the correct temperature and tilt angle to ensure the uncorking ceremony went without a hitch. An annual uncorking celebration saw Japanese oenophiles uncork over 630 tons of wine!

6. Parts from the historic Titanic, Milan, Italy to Atlanta, Georgia 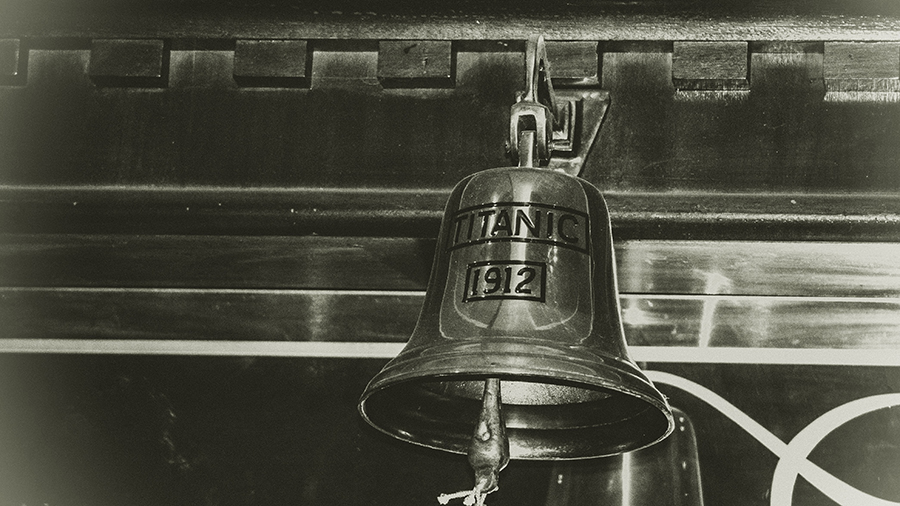 The sinking of the Titanic was one of the greatest tragedies of the early 20th century, and its story has captured imaginations ever since. But in piecing together the history of the great ship hasn’t been easy.

For the Atlanta museum, putting on the 2006 ‘Titanic: The Artifact Exhibition’, featuring recovered treasures from the deep, was a momentous milestone. And then calamity struck. Exhibition artefacts bound for Atlanta from Greece became stranded when they were mistakenly re-routed from Athens to Italy, and then held by Customs who refused to release them. With the museum at a loss, FedEx stepped in.

In a race against time to move the special cargo in time for the exhibition opening, our European and US offices worked round the clock to pull off the unique shipment, which even included a 3,000-lb piece of the ship’s original hull.

As a gift to art lovers everywhere, we donated our time and resources, shipping a momentous piece of history at no fee. 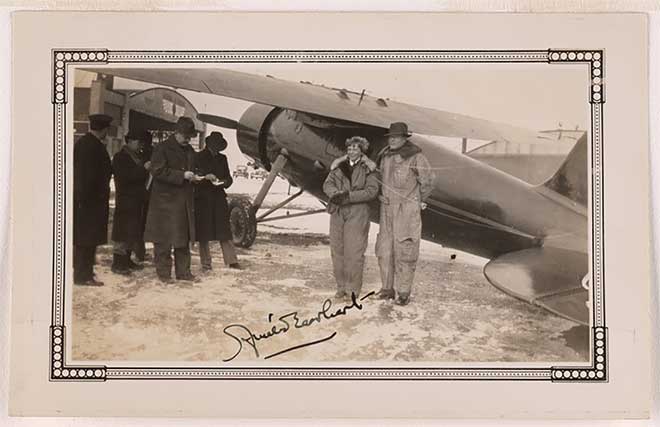 One of aviation’s greatest enduring mysteries is the disappearance of pioneer aviator Amelia Earhart’s plane. The first female to fly solo across the Atlantic in 1928, she disappeared mid-flight in 1932 during an attempt to fly around the world. Her plane was never recovered.

On the 75th anniversary of Earhart’s disappearance in 2012, FedEx joined a special mission to search for the missing aircraft and solve one of the 20th century’s most enduring puzzles. We teamed up with TIGHAR and the Discovery Channel to put our own air logistics expertise to the test.

With a plan to comb the ocean underneath Earhart’s supposed flight path, the expedition’s deep water search off the coast of Hawaii was made possible by the use of specialized robotic equipment that we shipped in especially from the continental U.S. 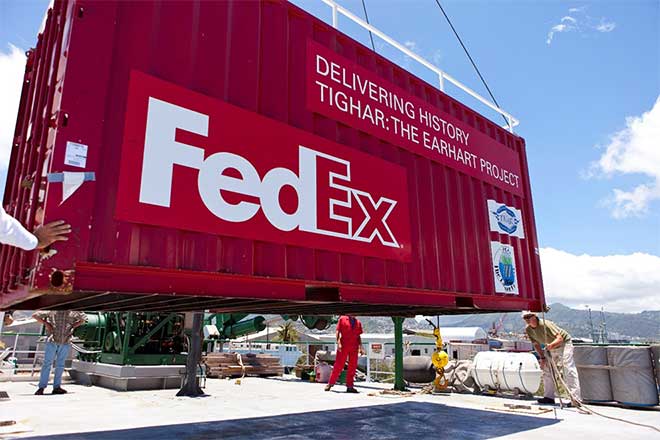 The sensitive nature and oversized scale of the robotic equipment required a specialized FedEx delivery solution. Covering more than 22,000 miles round trip over land, air and sea, three FedEx operating companies came together to arrange delivery for the mission’s success.

A key step towards discovery of Earhart’s final moments, the mission was a rewarding one for us. And yet, the search for an answer continues. 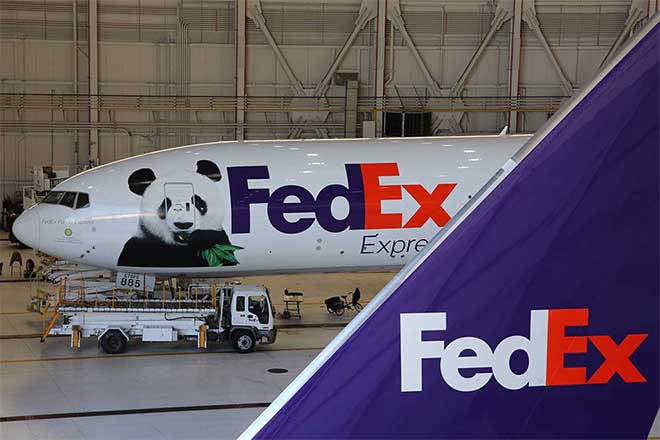 What does it take to ship a giant panda named Bei Bei from one continent to another? Answer:


When the time came for 4-year-old Bei Bei to follow his brother and sister to China’s Giant Panda Conservation and Research Center, FedEx knew what to do. This being our eighth successful panda shipment, we know what it takes to ship giant pandas in specially controlled conditions to keep them safe, healthy and happy. To facilitate Bei Bei’s return to his home country, we worked with the Smithsonian Zoo in Washington to make the panda journey, ‘Operation Bei Bei’ a success. 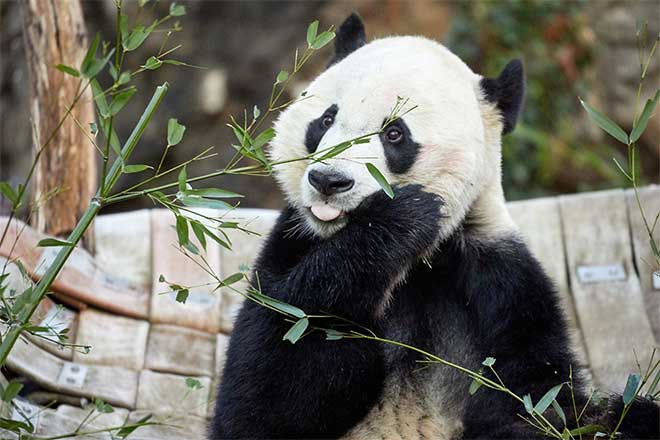 A special panda with a special story, Bei Bei was given his name (meaning ‘treasure’) by the two first ladies of the USA and China in 2015 – Michelle Obama and Peng Liyuan. He became a social media sensation in 2019 with millions of hits. The Smithsonian Zoo even launched a 24 hour ‘Panda Cam’ live from the panda’s enclosure in the countdown to his homeward journey.

We wish Bei Bei the best and are proud be part of his story. And who knows – the Panda Express may fly again in future! We’ll be standing by, just in case.

For more interesting stories, why not follow us on LinkedIn? And for a step-by-step guide on how to ship sensitive items or parcels that are tricky to pack, head here.